Select a case study to learn about the powerful impact of the best golf course management software. 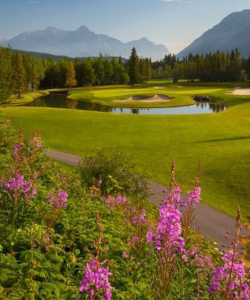 After the Flood: A Scalable Tee Sheet Solution

Kananaskis Country Golf Course (KCGC) is a government-owned, privately operated facility nestled in the spectacular wilderness of Alberta, Canada. Its two courses, Mt. Kidd and Mt. Lorette, offer breathtaking views within an hour’s drive of Calgary and Banff. Sadly in 2013, a catastrophic flood forced the mountain mecca to close and undergo a major renovation. With the re-opening set in the spring of 2018, before all 36 holes were completed, the facility’s general manager, Darren Robinson, sought a nimble point-of-sale partner with expertise in the golf industry to help KCGC quickly regain its competitiveness as a modern-day golfing destination.

Proven experience with many golf clients, including government facilities, initially drew Darren and his KCGC team to Club Prophet Systems, but the CPS tee sheet system ultimately won them over. Its functions were robust and flexible enough to support the facility during renovations at peak season.

Extensive reporting was also a selling point, as well as compatibility with Moneris.

“We’re really quite busy and require a $25 deposit per player. When we get inclement weather, which can be unpredictable in the Rockies, we have to refund a day’s worth of play. The compatibility with our payment processor is hugely helpful,” Darren said.

In 2018, KCGC started the golf season on 18 holes, opened to 27 holes in June and July, and finished the renovations fully to 36 holes in August. All the way, business operations ran smoothly with electronic tee sheets.

“The trainer was knowledgeable and understood our vision for our first year. For the transition from 18 to 27 to 36 holes, he set that up beautifully,” Tracy said.

In 2019, the second year of post-flood operations, tee sheets were filled from the start. Tracy had consistent access to support. “All of the support staff are helpful, but [one team member], in particular, is awesome at responding to my emails and phone calls. We just pick up where we left off because of his familiarity with our operations,” Tracy said.

KCGC and Club Prophet share a philosophy that suppliers are critical to business success.

“When it comes to suppliers—whether it be turf equipment or a POS system—we’re getting into business together. Club Prophet, has been by our side, day in and day out, through the easy and difficult times,” Darren said. “What we look for in a partner is accessibility and reliability. Club Prophet has done that extraordinarily well.”

Southern Dunes Golf and Country Club offers a beautiful, hillside course in one of the most popular tourist destinations: Orlando, Florida. Spreading over 7,200 yards with 100 feet of elevation changes, the award-winning course boasts a reputation for great golf that is hard to dispute. Its full-service restaurant and banquet facility offer fine dining and creature comforts, while the driving range, putting green, and pro shop attend to every golfer’s need. Shane Trice, the general manager, sought out a point-of-sale (POS) provider that could meet the club’s many, varied demands.

Club Prophet Systems offered Southern Dunes a single software package that suited all of their point-of-sale needs, from the tee sheets, to the pro shop and restaurant.

Loyalty program management that could track customer activity across the facility was also a bonus. The program features helped the Southern Dunes team track guest spending with one swipe of a membership card and automatically deduct member discounts. Other software was lacking when it came to loyalty programs.

"It was difficult to find a system designed specifically for the golf business that had a strong food and beverage (F&B) POS,” Shane said. At the time most systems lacked the security, split check, split an item, modifiers, inventory, and table layout features.

Shane also liked security features that set user roles in the software to give managers more functions while allowing the waitstaff access to the controls they needed only.

“Now that we have a robust golf and F&B POS integration we are much more efficient,” Shane said. “Previously we had a separate golf POS that could not interface with our F&B POS which put limitations on our operation.”

Club Prophet had no trouble handling it all, plus offered tee sheets with extraordinary flexibility. And, with certain software functions assigned to managers only, record-keeping became more accurate and efficient.

Southern Dunes became a long-term Club Prophet customer because they liked the fact that the company is constantly evolving to meet the needs of golf course operators.

“Club Prophet listens, takes into consideration our suggestion, and, many times, makes it happen. Other POS providers don’t do that,” Shane said. “Over the years, we’ve developed a close business relationship with the Club Prophet team."